As you may or may not know, here at Carbonwurks we are a bit track orientated and inspired! When we are not producing or repairing carbon parts, we are either talking about race cars or going out on track in race cars!

One area of Carbonwurks is the track and race background. We originally were founded off the back of racing and the fascination with the material that is carbon fibre. We have been in the motorsport industry since the early 2000’s and have gained a wealth of knowledge and experience that money just can’t buy.

One of our test & development vehicles is a Renault Clio 200 RS which started it’s life off as an honest hot hatch which quickly with a bit of spec creep, has become quite a track weapon. The Clio has been completely stripped out, the shell and chassis substantially lightened and has gone through a complete nut and bolt restoration where every part has either been upgraded or refurbished where possible. 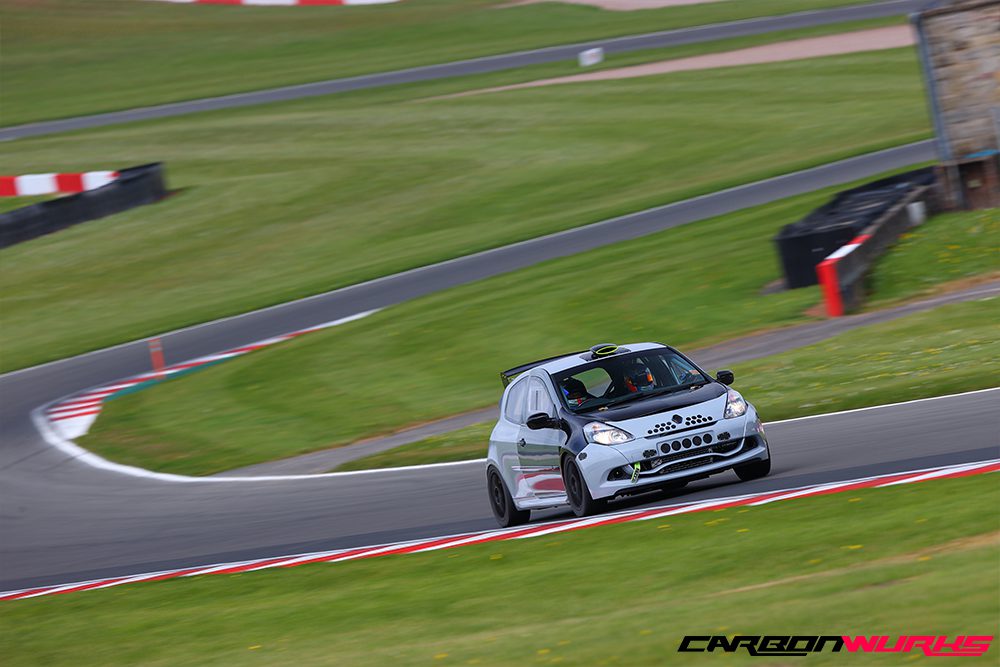 Carbonwurks is working on a motorsport division along with obtaining more knowledge with aerodynamics and testing procedures that, further helps us develop our carbon fibre products for road and track cars.

With our Clio not being overly road compliant, we trailered the car up from sunny Bournemouth to not so sunny Donington Park. The shake down included various runs honing in the 3 way adjustable Nitron Suspension as well as bedding in a new drivetrain and braking system. To help us dial the suspension in we brought along our resident front wheel drive racing specialist Alex Morgan who not only has won races and fought for the Clio Cup UK championship title but currently races in the TCR championship as well. 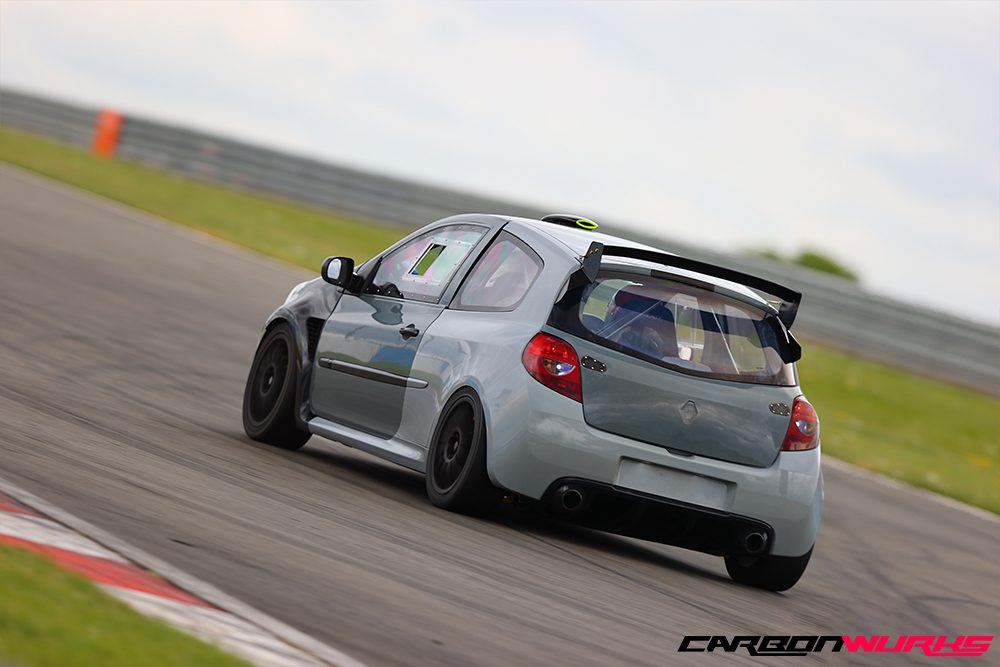 Throughout the day we tweaked the tyres pressures to find their perfect operating temperature getting a great temperature spread over the entire tyre. The suspension was easy to adjust both with slow and fast bump & rebound that helped with consistency in the balance of the car. The Clio has just shy of 300BHP (at time of writing) with help from a Rotrex supercharger. With ramping up the power to 50% more than it rolled out the factory, having the right amount of cooling is crucial not only for the engine but the supercharger unit itself.

As briefly touched on, we test methods out on the Clio to further discover the best way to obtain load pressures on aerodynamical components. Along with load pressures we stress test with shock and frequencies that a car may encounter which would potentially cause wear or failure of parts.

After a long day on track, the only fault was the differential which had a sense of humour failure 30 minutes from the end of the day. We gained more experience with this particular development car both with the handling and performance aspects as well as our testing procedures. 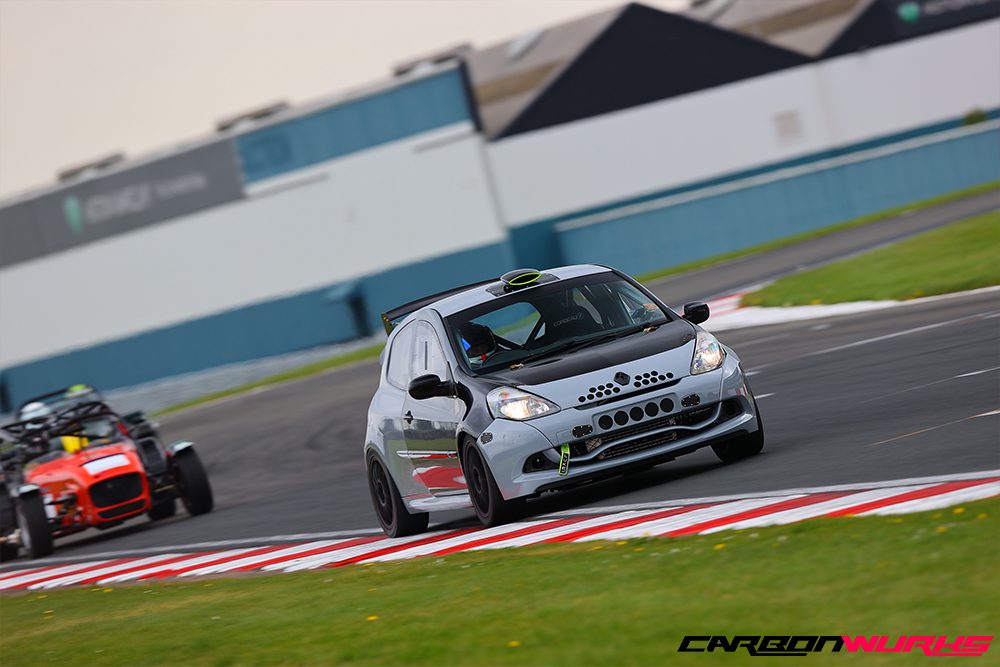 More to come on the specifics of this car soon!